After our incredible time in San Diego last week, Rush49 decided to keep it local for this round of company fun. Pitbull and Enrique Iglesias were in Los Angeles performing at the Staples Center, so we knew we needed to go check them out!

Both Pitbull and Enrique Iglesias are seasoned veterans, having been in the industry for decades, collaborating with some of the biggest names in music, and performing in seemingly every country on the planet, so we knew we were in for a great show. We took friendly bets as to who would perform first, loser would have to make the others coffee all week. We were split, half thought Enrique was the headliner and would close the show, the others dubbed Pitbull the main attraction. The stakes were high, as none of us are shy when it comes to rubbing our victories in our coworkers faces, complete with nonstop gloating and ridiculous coffee requests..venti mocha latte with almond milk, no whip, no cal, light ice, extra pump of sugar-free caramel, anyone? 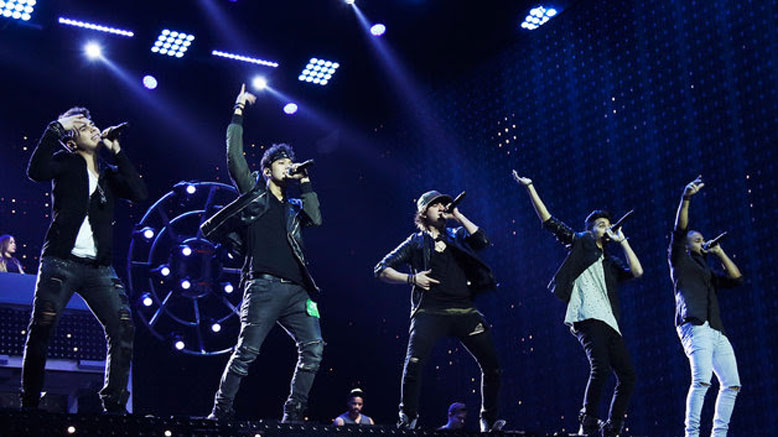 The show started with a group called CNCO, who won Univision’s first season of “La Banda”. Think of the early days of Backstreet Boys, complete with matching ensembles and smooth choreographed dance moves, only they sang primarily in Spanish. Judging by the shrieks and shrills that filled the arena while they were performing, they are definitely beginning to make their mark on the teen/pre-teen market. The opportunity they had to open for such huge Latin performers must have caused some jitters, but they put on a fun show and didn’t miss a beat.

Next was the moment we were all waiting for…which artist would determine which of us would be coffee caddies for the next week? Drum roll please…it was Mr. Worldwide, Mr. 305 himself, Pitbull. (For the record, I will be requesting the most insane caffeine concoctions I can come up with for the next 5 days, along with sore-winner antics, and possibly a crown.) But, I digress… the show was underway now, and the energy of the arena exploded when Pitbull came up through the floor and began his set. 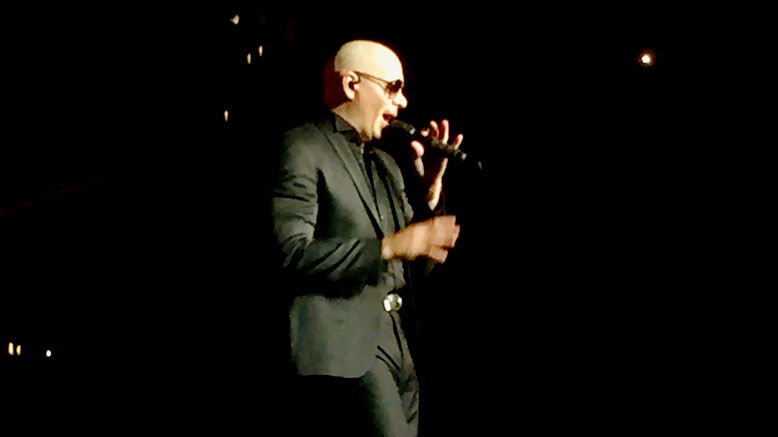 Pitbull is one of those performers who has had massive radio success with the artist collaborations he’s done, dabbling into every genre you could imagine. This was definitely a concert you do not sit down for and even if you don't think you know many of his songs, you’d likely find yourself knowing pretty much all of them. All of his most popular songs were covered, with him giving gratitude to the artists that were featured on them, as well as some backstories to some of the bigger hits.

There was one thing that definitely stood out when it came to Pitbull. At the start of his set, his introduction video called him a “motivational speaker, entrepreneur, performer”…among other titles. As his show went on, his “motivational speaking” definitely shined through. He energetically delivered messages of hope, reassuring the crowd if he can change his life from a negative to a positive (recognize the lyric?) so could we. He also delivered words inspiring unity and oneness across every race, religion, gender, etc., and had a strong message to be proud to be an American, despite the political static that may be going on otherwise. It wasn’t overly preach-y and hit just the right notes to be met with great applause and cheer. 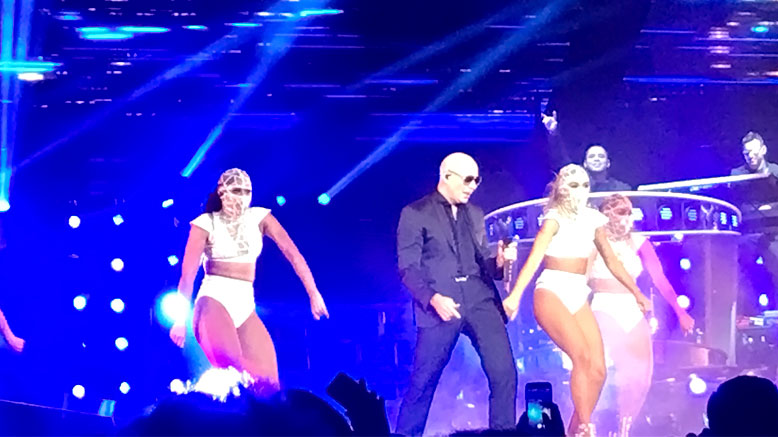 Pitbull’s performance was accented by a group of beautiful back-up dancers in eye catching ensembles and fun, sassy choreography. They added just the right touch of sexiness without being too much, or NSFW. Overall, there was no mistake Pitbull is a performer who takes pride in his shows, and has been doing this for many years, and undoubtedly, many years to come.

It was Enrique’s time to perform, but sadly, one of us had an early flight to Canada to meet with a new merchant, so we needed to cut our night short. As we were walking out, we decided to hand off our tickets to a group in the last row of the section to the left of us. At first, they couldn’t believe they were going to be upgraded to floor seats, but once they realized we weren’t playing a cruel joke, they were overcome with excitement and gratitude, and it certainly was a cool moment, knowing we made someone’s night a little better.

With our new partnership with Goldstar, we are so excited to continue to experience all of the best things to do in SoCal and beyond. From concerts, to sporting events, plays, and food festivals, we at Rush49 are going to have many fun-filled weekends ahead!

View all posts by: Pawan Thapa