As Rush49 is a company based in SoCal, we get to experience some amazing Los Angeles concert events. This weekend, Drake and Future’s Summer ’16 Tour came to the Staples Center in Downtown LA, and it definitely did not disappoint. From beginning to end, the show was one hit after another. With staging and visual effects that were second to none, this wasn’t just another SoCal concert, it was an experience.

The show opened with Drake entering at the top of the stage with the huge screen behind him reading “Revenge” in silver flames. 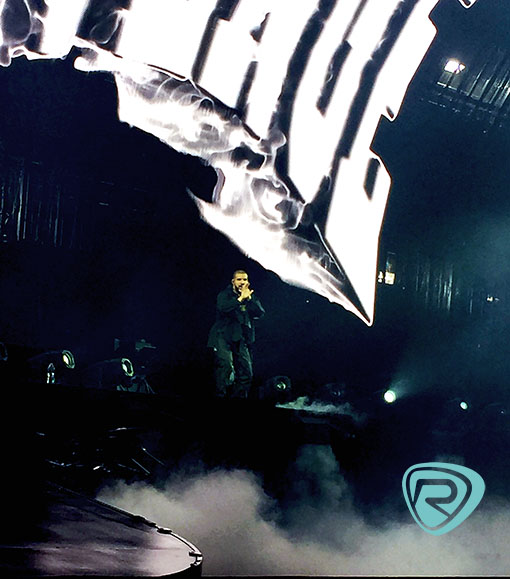 Donning all black, adorned with a fashion forward oversized utility coat, the man of the hour looked every bit the part of a hip-hop music superstar with just the right touch of relate-ability. Drake’s brand is a 'down to earth, normal dude' that just happens to be the biggest urban artist on the planet for years (and if this concert was any indication…the foreseeable future).

Starting off his set with his most recent chart-topping singles, the crowd responded overwhelmingly with sing-alongs, screaming, and plenty of energy. After a few songs, he took a break to address the crowd, assuring those in attendance “if you work with me, I will work with you”, following up with the question “Do you want the long show, or do you want the short show?”. SPOILER ALERT, the verdict was in…the “long show” took the ballot (I know, I couldn’t believe it either) and by night’s end, Drake absolutely upheld his end of the bargain.

One thing you immediately notice about Drake as a performer is that he loves to interact with his fans. Stripping off his jacket to reveal a black Kobe Bryant Lakers jersey, he set out to make each and every concertgoer feel as though they are a part of “the best crowd of the tour”. 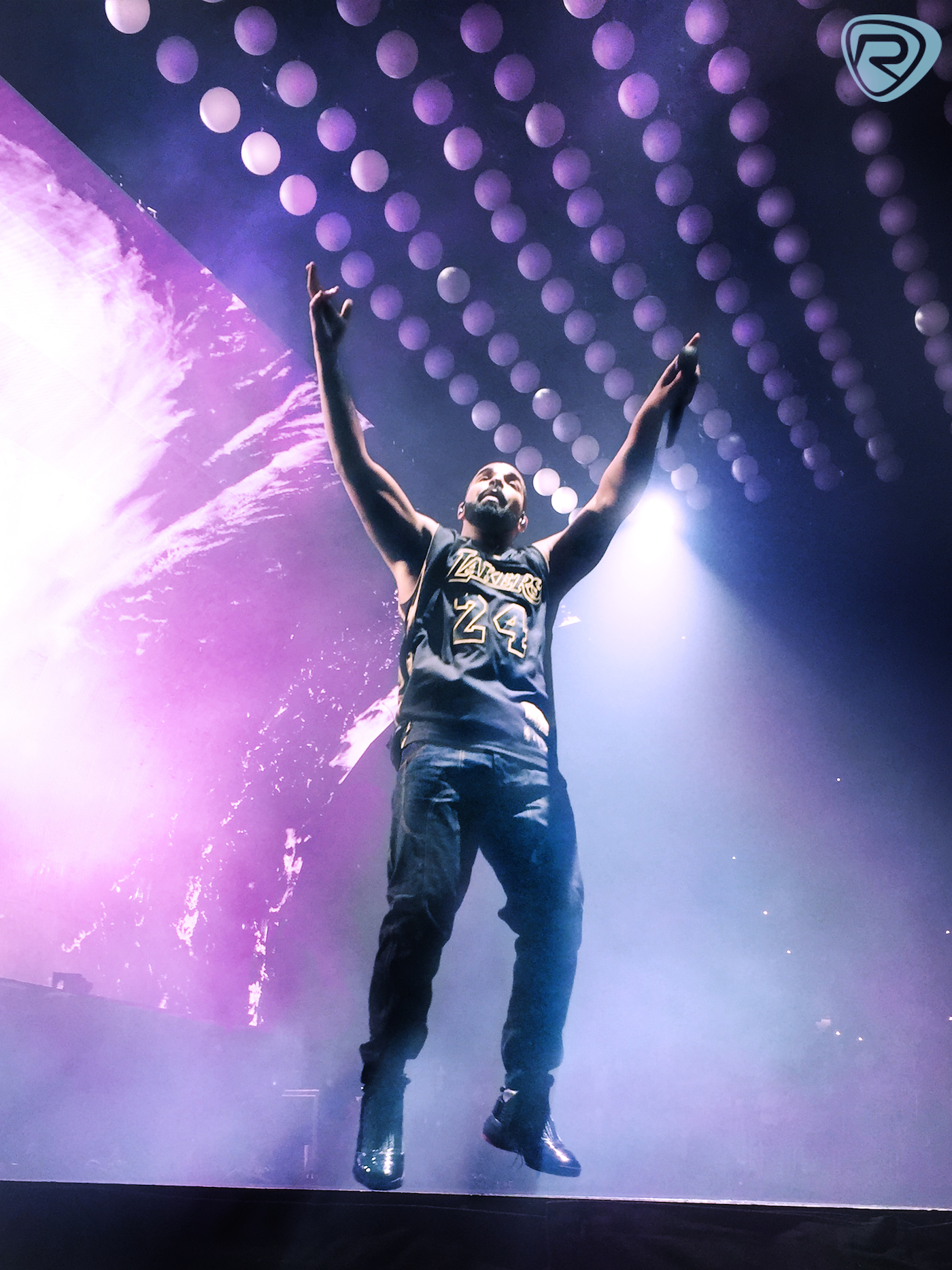 He foreshadowed to some point in the future “looking back and thinking the last night at the Staples Center was the best of Summer Sixteen”. Naturally, if you attended any other show of this tour, you’d probably hear the same dialogue, but his acting skills came in good use as he sold the believability that he truly meant what he was saying.

Next up was Future. He joined Drake on stage wearing a grey hoodie with a silk-screened photo, light blue, distressed, slim fit jeans, and Nike running shoes. Drake exited and it was Future’s turn to command the stage. 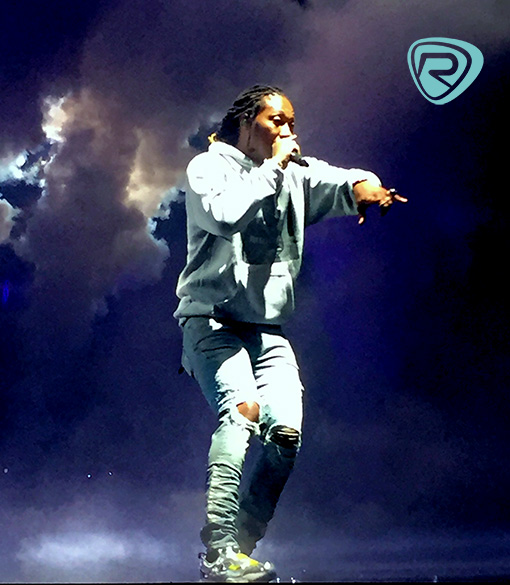 Much like his wardrobe, he was cool and casual. Future’s set had all of his hottest tracks, delivered in his signature laid-back, tried-and-true style. 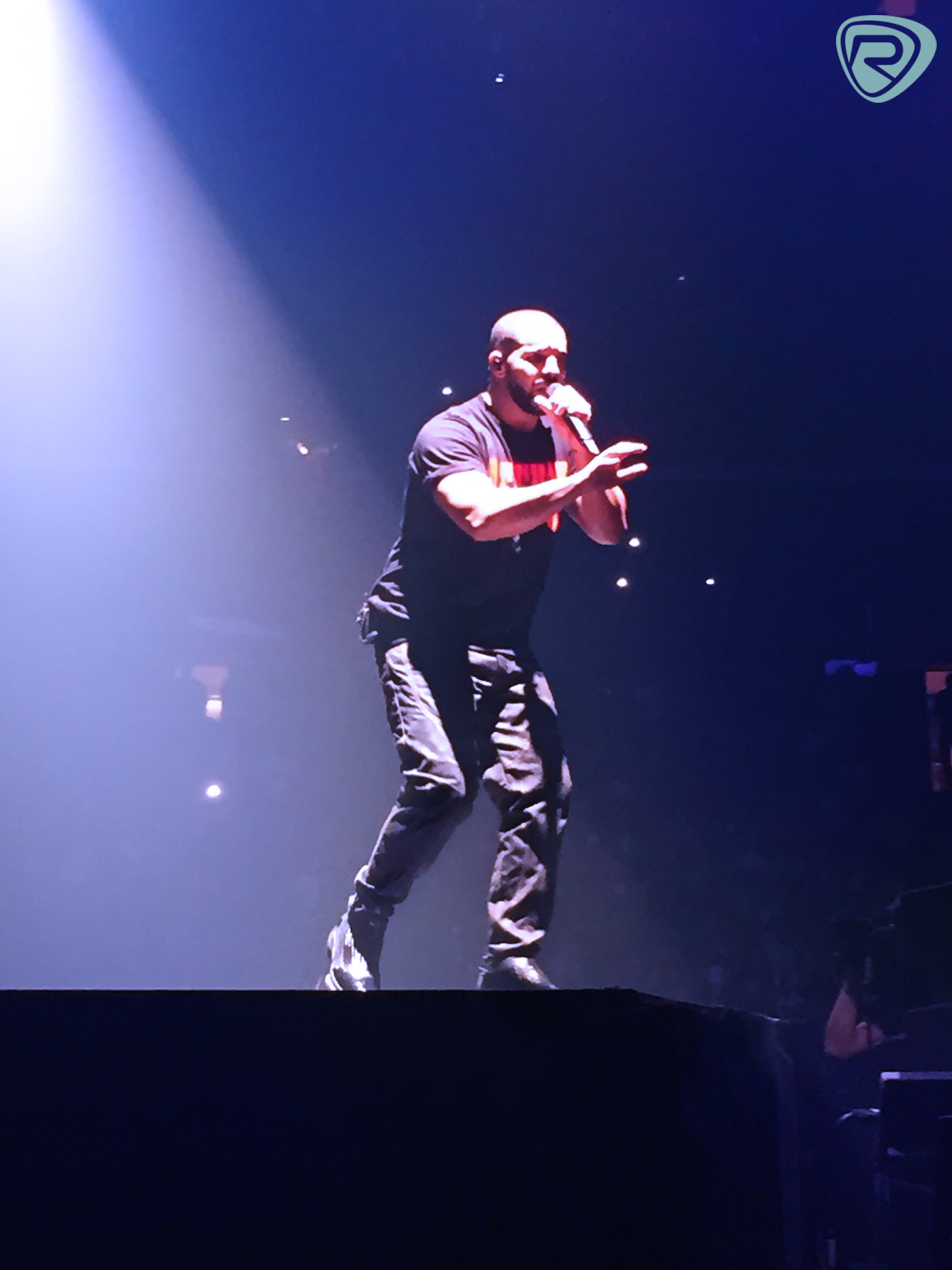 A few minutes into his performance, Drake re-emerged, this time wearing a black bomber jacket over a t-shirt with “Revenge” written across the chest in an orange varsity font. The two joined together and brought out the first special guest of the night, DJ Khaled.

Now, you may know DJ Khaled as the radio-DJ turned producer who's songs feature collaborations by the biggest artists in the industry, the one who’s “got the keys”, his hilariously over-the-top snapchat, or maybe even by his tagline “they don't want us to have (insert various things here)”. 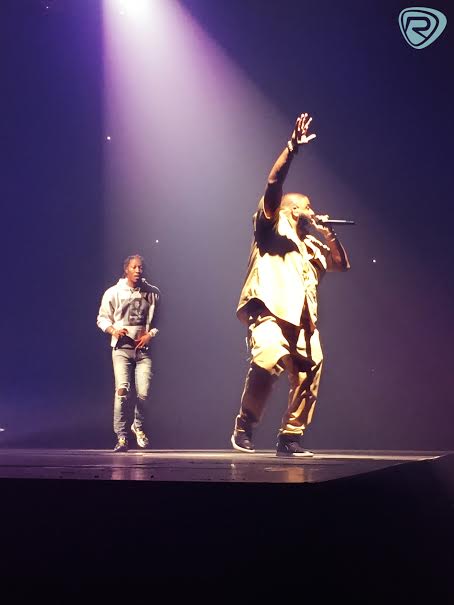 Either way, every single person in the Staples Center knew who DJ Khaled was. Wearing a golden khaki button down short-sleeved shirt and pants to match, he was hard to miss. The trio performed together, DJ Khaled took the lead on a solo, and his appearance ended with Drake and Future embracing the powerhouse with praise and admiration, to which Khaled seemed sincerely humbled and honored. As he exited the stage to a huge ovation, he predictably snap-chatted the departure. Drake and Future reclaimed the spotlight performing together once again, which was Future’s final song of the night.

Next up is what most would call the “highlight” of the evening. Hinting that something BIG was about to happen and reminding everyone of his promise to “work" with us (since we were “working" with him), he brought out the next guest. 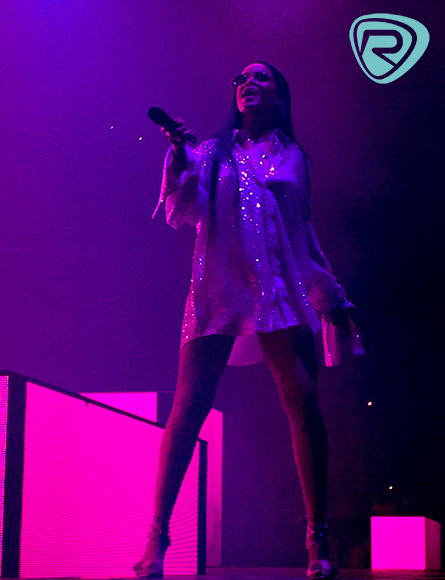 None other than Miss Rihanna herself rose up from the floor wearing a silver sequined button down shirt and strappy heels with her sleek, straight hair down to her backside and parted down the middle. 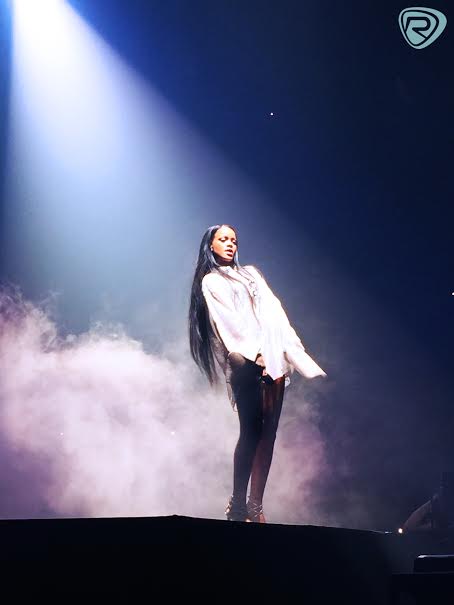 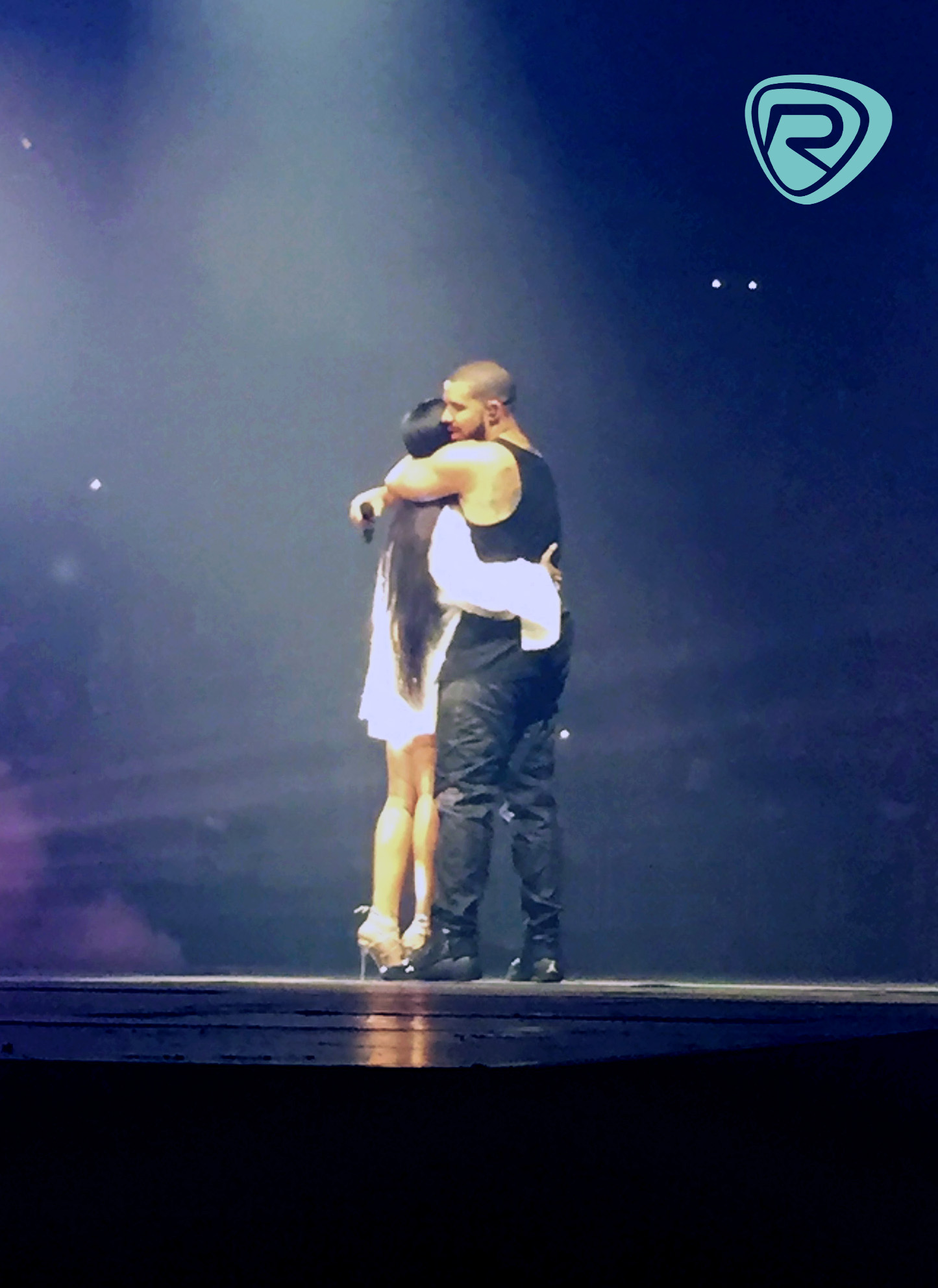 Now, unless you’ve been living under a rock, you may have heard the rumors of an ‘are they or aren't they’, new “it” couple “AubRih” [aka Aubrey (Drake’s real name) and ‘RIH’anna (get it?, ok good)]. Performing their summer anthem “Work” the duo’s chemistry was undeniable. Ri-Ri went on to perform her own single “B-ch Better Have My Money” to tremendous crowd approval. Drake came out and (possibly) confirmed they definitely ARE, as he proclaimed “I pray y'all find someone to hold you down like this woman right here”.

Hmmm…juicy! Rihanna exited the stage the same way she came in, and overall, she delivered just the right touch of feminine energy without seeming forced or over the top.

Leaving Drake to himself, everyone could have emptied the arena then and felt they got every bit of their money’s worth for the experience they were given…but that’s not what Drake promised...you know, "the long show". Before you could get out of your feelings having just seen Rihanna perform, Drake brought out the next (and final) special guest. A shorter figure in a cream-colored sweatshirt with the hood up, cropped joggers, high top sneakers, and a bottle of top-shelf champagne in hand emerged. Tell-tale blonde dreads peeked through his hoodie, and there he was…the man who discovered Drake, hip-hop legend...Lil Wayne. Wayne performed, and spoke of Drake’s talent both as a singer and rapper being the reason he was someone he knew he had to sign. He declared he “never has to do anything ever again” as long as Drake was on his rocket ship of success. I’m assuming the finder’s fees and royalties he earns being Drake’s maker provides a very, very comfortable lifestyle (but thats just an assumption). 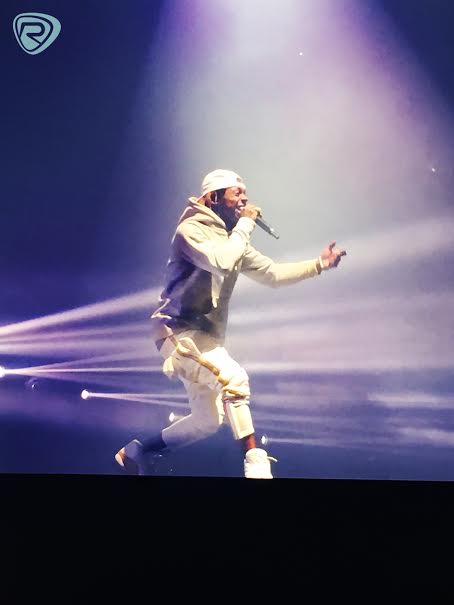 You see, Lil Wayne is someone we at Rush49 have found to be a precarious entertainer. As you may remember, he became a trending topic earlier this summer at a "High Times" event in San Bernardino. What you may not know is, we featured and sold tickets for this event on our site, rush49.com. The gist of that controversial appearance is: he performed 2 songs, proclaimed he would “never, ever, ever do this sh-t again” and walked off stage. His appearance Saturday night was somewhat extra special because in the time between his headline-making, on-stage meltdown and this Summer Sixteen show, he stated he needed time to heal mentally and was rumored to be retiring from music. From the looks of his performance, he isn’t going anywhere anytime soon...except off the stage, as his duties for the night were done.

Drake once again took the reigns back and ended the show with some of his biggest hits from the past and present. Hands-down, this was the most visually spectacular portion of the night. Throughout the night the arena was decorated with hundreds of illuminated basketball-sized globes that moved up and down depending on the beat of the song, formed different symbols such as “?” and “6” (an ode to Toronto, Drake’s hometown), and were lit in every color from azure to hot pink (appropriately for “Hotline Bling”). Now, the spheres hung low and glowed in a warm orange/yellow tone, in front of a blue background which made for a picture-perfect atmosphere. 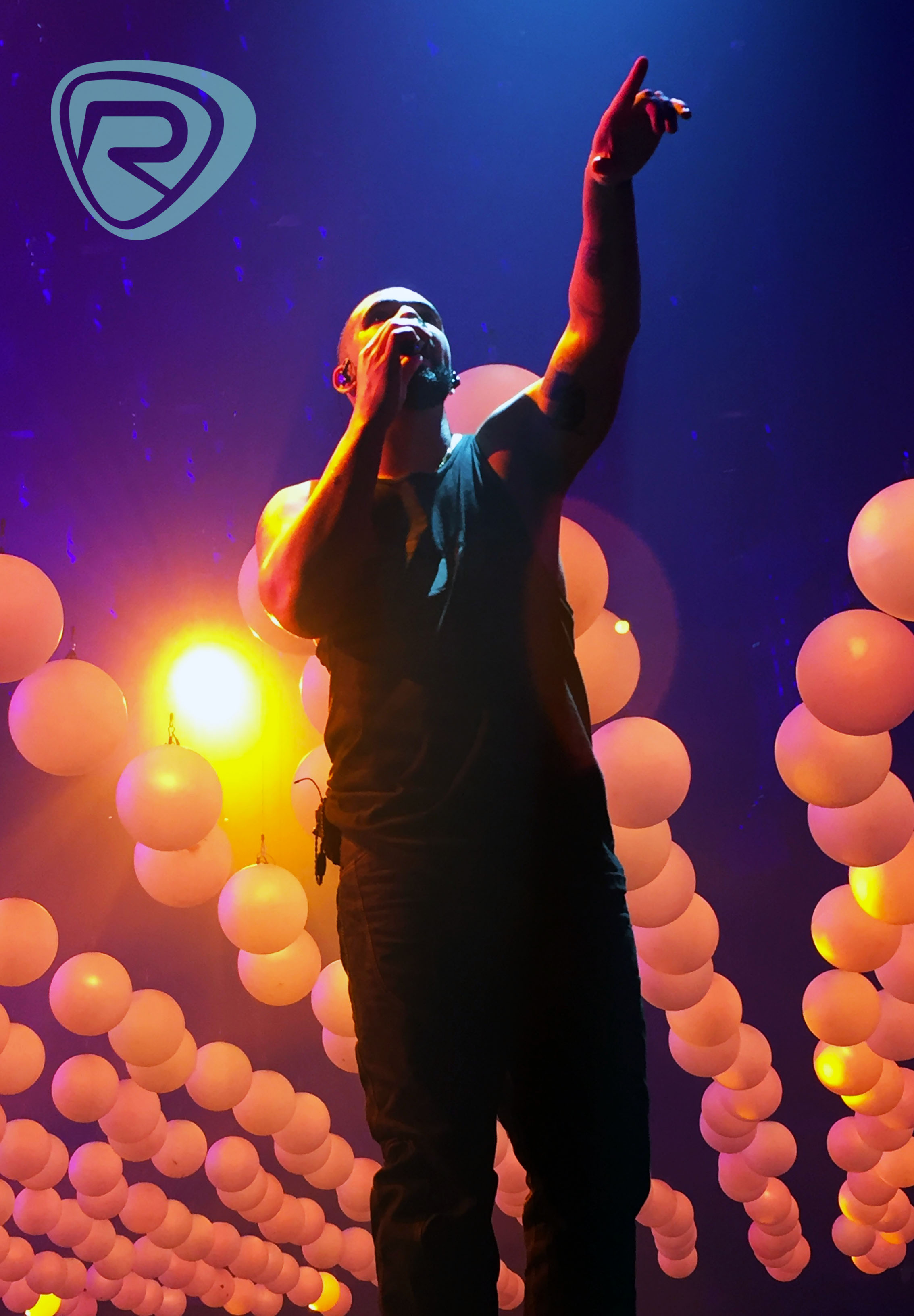 Aubrey Graham used the time he had left to be the ‘every day guy next door’ as he had the house lights switched on and pointed out various audience members in every section. Noting what certain people were wearing, how their hair was styled, and that a particular fan “deserved something extra special” for singing along to every word from every song, Drake was seemingly making it a point to convey the message ‘you see me, but I see you too’.

As the clock was just shy of midnight, the show was over. Filling every minute with energy, adrenaline, and plain-old good music, Summer ’16 was “the coldest summer ever”. One thing’s for sure, if there was ever a Los Angeles concert to see, this was the one.

For more of the best Los Angeles Concerts and activities, along with events and adventures across the country, grab your tickets at the best prices ANYWHERE by visiting www.Rush49.com!

View all posts by: jillian